Heart disease
Some people advocate using chelation therapy to treat atherosclerosis, which causes a buildup of plaque in arteries. Over time, it can lead to heart disease. Proponents claim that chelators bind to calcium found in plaque, which helps to loosen and remove the buildup.
While this seems logical, there’s very little evidence that chelation therapy helps. For example, a large-scale clinical study involving participants who’d previously had a heart attack didn’t show enough evidence to support the routine use of chelation therapy for heart disease.
While some participants had a decreased risk of other heart problems, it wasn’t enough to justify the risks involved, which we discuss later.
Diabetes
Chelation therapy won’t treat diabetes. However, people with diabetes have a much higher riskof developing heart problems. Chelation therapy may reduce this risk.
A 2015 subgroup analysis found that EDTA did reduce the risk of heart problems in people with diabetes, but not in those without diabetes. While these initial findings are promising, several more large-scale clinical trials involving participants with diabetes are needed.
Autism
Some people believe that thimerosal causes autism. Thimerosal is a preservative that contains mercury and is used in some vaccines. However, this 2010 study debunked this. Vaccines don’t cause autism.
In addition, a 2012 review of studies looking at the link between autism and mercury concluded there wasn’t enough evidence that chelation therapy is an effective treatment for autism.
However, a newer NIH study suggests there may a link between high levels of lead in baby teeth and the development of autism. Still, using chelation therapy to treat autism in children appears to do more harm than good.
In 2005, for example, a five-year-old boy with autism died while receiving intravenous EDTA from his doctor as part of chelation therapy. In 2006, the U.S. National Institute of Mental Health decided to cancel its study of chelation therapy in children with autism.
They made the decision after an animal study in rats showed that chelation therapy may increase the risk of cognitive impairment.
Read about other types of alternative treatments for autism.
Alzheimer’s disease
The use of chelation therapy for Alzheimer’s disease is based on the belief that it’s caused by a buildup of aluminum in the brain from aluminum pots and pans, water, food, and deodorant.
However, a review of existing studies didn’t find any evidence of a relationship between exposure to aluminum and Alzheimer’s disease, though some researchers disagree.
Regardless of the relationship between the two, most chelators are too large to cross the blood-brain barrier. This barrier acts as a kind of net that controls what enters and exits your brain. However, some researchers believe that EDTA may be able to enter the brain, though this isn’t confirmed. 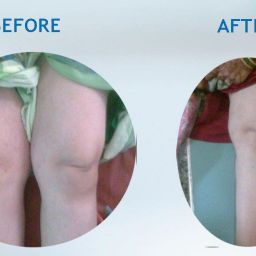 How fast does ozone therapy work ?

What Happens During PRP Injections ?